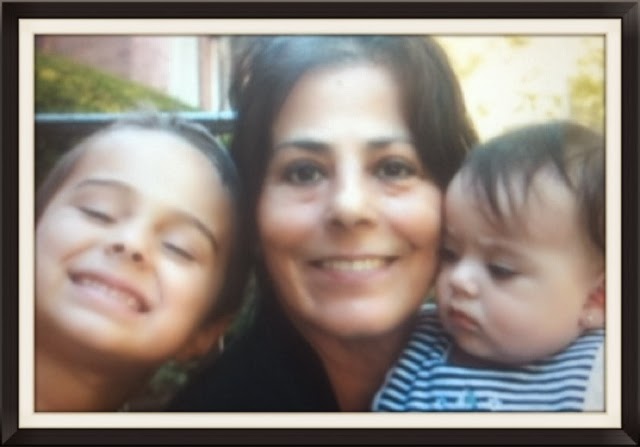 Cindy:
We had woken up extra early that cold morning to the sound of our buzzing alarm so afraid to sleep through it we'd stayed up most of the night. I walked into my mothers room and found her sitting on the edge of the bed. Staring off into space for the first time in my life. I could see the fear in her eyes and it frightened me but I tried not to show it. I sat down next to her, patted her knee and told her not to worry everything would be fine.  10 days prior the gastroenterologist had called to say the biopsy had finally shown cancer but said after showing the surgeon the scans that it didn't look like it  had spread yet. She was scheduled to have her stomach removed at 7am.
Who needs a stomach anyways?  "It requires some getting used to but we can all live without a stomach" the surgeon had said.  We tried to lighten the mood and joked with my mom how  she'd never have to worry about putting on any extra pounds.  My mom who had always struggled with her weight after having children, only a year prior and had weighed 200lb on her 5'5 frame was now weighing 120 lbs ironically enough, she was probably the fittest she ever been. We laughed but remained mostly quiet the rest of the 30 min ride to the hospital. When we got there we sat in the waiting room for what felt like an eternity my mom rested her head on my sister's shoulder with her eyes closed waiting for her name to be called.  Once they called her everything moved fairly quickly. She changed into a hospital gown was put on a gurney held our hand until we weren't allowed to go any further and then kissed us and told us how much she loved us with tears in her eyes, a scene I'd gone through at least a dozen times since the symptoms began in early April/May 2012.  As I watched the nurse push her into surgery I thought of the you tube video I'd watched a couple days prior about this woman who had gone in to have her stomach removed and her saying the first thing she did when she woke up from surgery was look for the clock in the room because if alot of time had passed that meant that everything would be ok, but If a little time had passed that meant something was wrong. As my sister and I walked into the waiting area I told her what the woman in the video had said and tried to put it at the back of my mind.  We found a sofa near the patient info desk and tried to get comfortable anticipating we would be there for at least 3-4 hours.  An older woman in her 60s early 70's with white hair and perfectly manicured nails and who reminded me of Betty White sat behind the desk patiently waiting for me to give her my name and who I was waiting for so she could let us know the moment she was out of surgery.  My sister pulled out a new deck of playing cards and we quietly began playing war stopping every time the phone rang in front of us to look at the receptionist and see who she would call next. Playing cards lasted a whole 10 minutes before we realized we were way to anxious to pay attention to playing cards.  The next time the phone rang we looked at the receptionist face and this time without calling a name after listening intently for about a minute she simply gestured for me to take the phone. I remember turning to look at the clock behind me 8:27am only 27 minutes had passed since she'd gone in, "this can't be good." I remember thinking". In fact I may even have said it aloud. As I put the receiver to my ear said hello, the next thing I heard the nurse say was "the surgery on your mother has been stopped the doctor will be out in just a few minutes to speak to you, I'm so sorry". At this point the Betty white look alike who had already come from around the desk with a box of kleenex in one hand put her other hand on my shoulder and asked us to follow her into a small private room. The room contained a plush armchair ,a love seat only separated by a coffee table with yet another box of Kleenex on it. We sat there quietly waiting for the doctor, what couldn't have been more then 5 minutes felt like an eternity.

Connie:
When he came into the room he sat in the armchair across from my sister and I. A steady stream of tears were falling down  my cheeks. My sister's hand gently squeezing my own. The doctor waited a moment to clear his throat before speaking. "We were not able to complete the surgery, we've chosen not to remove the stomach. The reasoning being besides the multiple tumors in the stomach is that it's already spread to the pericardial sac. I asked what that meant exactly....
Your mother is in the last stage of stomach cancer. The cancer has spread to the sac holding her organs. At this point removing her stomach would be more detrimental than beneficial. It would put her in a vulnerable state and the recovery time needed would delay her ability to receive chemotherapy. At this point, we hope chemotherapy will give your mom more time with the family.  But unfortunately there is No Cure or possibility of remission for this type of cancer.

Cindy:
At this point I could see the doctor's mouth moving, but could barely hear a thing through my own crying and was only catching key words he was throwing out. Stage 4, Terminal , No cure, palliative chemo.
A million questions ran threw my mind and I began asking them..
What exactly is palliative chemo? Is it as effective? Should she stop smoking? If she does will it give her more time? Will she ever eat the way she used too? Will she stop throwing up everything? Will the pain stop? If we would have removed her stomach months ago, would she still be stage 4? Most importantly, HOW MUCH TIME DOES SHE HAVE???? And the answers flowed just as easily...

Chemotherapy has three objectives: to cure cancer, to prolong life, or to improve symptoms of cancer.
Palliative chemotherapy is no different, and is still just as effective as regular chemo except with the understanding that the cancer is incurable, our focus shifts from curing her to prolonging and giving her a good quality of life.

I don't really know if her not smoking would make any difference at this point, but it couldn't hurt.  As for the nausea,appetite and pain, all we can do is hope that the chemo does it's job and  alleviates those symptoms. Even if you would have removed her stomach 4 months ago would it have made a difference? I quite honestly don't know, her cancer at that time may still have been at the same stage it is now. As for time I couldn't tell you exactly, how much time she has only god knows. Every person is different and it just depends on how effective the chemo is.

Cindy:
With that said the surgeon proceeded to tell us to take as much time as we needed in the room. And it would be at least another 2 hours before she'd be out of recovery and we could see her and she'd be transferred to a private room.   He suggested we try to get something to eat before they moved her to her room because the oncologist would be by to see us and answer any other questions we may have and we wouldn't want to miss her. So we decided to follow his advice and take the small carryon we'd packed, pillow, and the quilt Connie had made my mom for Christmas back to the car so we could get a bite to eat without having to lug everything around.
As we stood on the 3rd floor of the parking garage like a scene out of a movie we stood waiting for the elevator while the floor's theme song  'Colour my World' by Chicago played on the overhead speakers, holding my sister's hand while we both quietly cried I thought to myself, "God. when will I wake up from this bad dream? And then the doors closed just as slowly as they had opened and I realized this was just the beginning of what was to come...

Connie:
The worst part of that day wasnt hearing the news of our mom's cancer but delivering it. I felt like a broken record, every time a friend or relative called. It was a numb response that answered their series of questions as quickly and to the point as possible so I could cut the conversation. Finally when mom got out of recovery and put in a private room we were already there waiting when they rolled her in. I didn't realize the pain medication that was being delivered simply by pressing a button every 15 minutes would be so strong she would be dazed and confused the rest of the day. She proceeded to wake up every 10 minutes or so for the next 2 or 3 hours asking how the surgery had gone only to realize it had been unsuccessful and what that meant.
After a while my sister who didn't know what to say anymore had to leave the room so my mom wouldn't see her crying.  I on the other hand was frozen in the chair next to her bed. I don't really know if it's because deep down I'm a masochist or if I was just petrified that if I left her she would wake up scared and alone, but I stayed and every time she woke up and looked at me I just swallowed the knot in my throat and told her she did great, I loved her, and to go back to sleep.